A so what poem

Note
More of an illustration or example than a real poem (one that would have come from my heart). What is a so what poem? It is a poem that is based on a preposterous, pretentious assumption, like the one above. Why would anyone in his right mind give a shit about some poet drooling about pretending not to want to tame the sea? Should or would the sea really care? Unfortunately, the genre of so what poems seems to abound and thrive. Particularly on social networks.
Posted by World So Wide at 1:45 AM No comments:

Email ThisBlogThis!Share to TwitterShare to FacebookShare to Pinterest
Labels: poetic drivel, poetic drool, poetry, preposterous, pretentious, satire, so what, so what poems

Two sultry perfumes
clashing on the sofa and
the fan mixing them.

Note
Razor-edge-of-time haiku reporting. The truth and nothing but.
Posted by World So Wide at 10:05 AM No comments:

The Face of an Angel 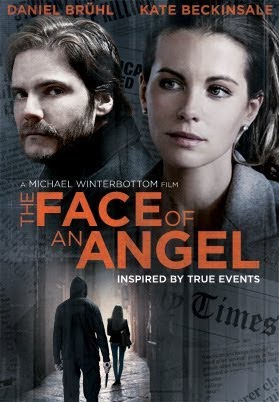 A pretentious, bloated piece of not much lost in search of who knows what, just like its cocaine-snorting hero.

Notes
This is about the British film The Face of an Angel (2014), directed by Michael Winterbottom and starring Daniel Brühl, Kate Beckinsale, Valerio Mastandrea and others. It is called a psychological thriller by Wikipedia. However, the thrills are few and far between, and the psychology is mysterious to non-existent. Dante's Beatrice crops up all over as some sort of far-fetched leitmotiv. Only the director and script writer may know why. But hey, it's Italian and Italian world literature and the movie is set in Dante country. If you want to get some relevant information about the real-world murder mystery (Meredith Kercher case of 2007) this is based on, look elsewhere.
Posted by World So Wide at 3:12 AM No comments: